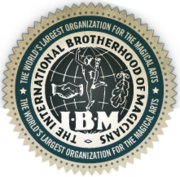 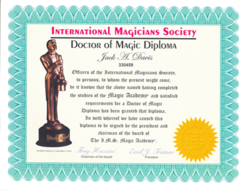 Hi, I'm Tony Hassini. I founded the International Magicians Society in July of 1968 with only a handful of magicians. Since then, the IMS grew to be the World's Largest Magic Organization.

Why and how I started the IMS is one of the most interesting stories you will ever read. And if you take your time and read this story, you will get something from it. I promise.

I was born in 1941 in the tiny little island of Cyprus, which is in the Mediteranean. As if coming into this world in the middle of the second world war was not bad enough, I was also a disabled child. I have a major hearing impairment, which I have to wear hearing aids for the rest of my life. I also have a severe case of dislexia. For those of you who do not know about dislexia, it is a syndrome more common among boys than girls and those who have it see things backwards or reverse, as if seeing things in a mirror. Quite often, under pressure, I begin writing things in reverse. And it takes me twice as long to read a book.

Just recently, I read an article about Steven Spielberg, one of Hollywood's top film directors. He had talked about his dyslexia and how it takes him twice as long to read a book.

In the 1940's, very little was known about dislexia. And children like me were not classified as learning disabled. So I was told that I was stupid and that I will never learn anything, because the learning process is much harder for someone with dislexia. As a result, I was so shy that I could not look anyone in the eye.

At age 16, I left the island of Cyprus and went to London, England, hoping for a better life. I didn't speak a word of English. And the best job I could get at the time was as a dish-washer in a Cypriate restaurant. It was here in London that I stumbled across a local magic shop, where I discovered magic. I purchased my first two magic tricks from that shop. I realized then and there that when things seem impossible, there is always a simple solution, like with the tricks I had just purchased.

Magic changed my whole life. Magic gave me the self-confidence and the opportunity to become somebody.

When I showed my first tricks to people, they stopped and paid attention to me. They even asked me "How did you do that?" In the blink of an eye, I became somebody.

What are the chances of a poor boy with handicaps and disabilities to travel all over the world and be treated like a king in countries like Egypt, Israel, Greece, Turkey, Italy, Poland, Germany, France, Sweden, Russia, China, Japan, Korea, North America, South America, Central America, Australia, and so on.

I want to back up a little to when I was a young boy in Cyprus. There were two things that happened which gave me these wishful desires. First, a visiting magician came to the island and I went to see his wonderful magic show. During the entire show, I kept thinking "I'd like to grow up and become a magician."

Three months later, a large movie company from Hollywood came to Cyprus to film the motion picture entitled "Exodus." This is based on a true story of Jews escaping the Nazis in Europe and arriving onto the island of Cyprus with the hope of travelling to Palestine.

I had accomplished both of these childhood goals. I became a magician, as well as a cameraman/director.

The moral of the story is that if I can accomplish all that in spite of my handicaps, then anyone can reach their goals, as long as you believe in yourself and never give up.

So I founded the International Magicians Society with the hope that I can give the same opportunities that I was given to someone who might take magic and run with it and make all of his/her goals come true.

A proud heritage, starting in 1922

The International Brotherhood of Magicians had very humble beginnings. It started as a letter-writing exchange between three young men who shared a common interest, a love for the art of magic. M.J.G. McMullen of Canada, and Gordon Avery of Buffalo, New York began writing to each other about magic in 1922. A few months later a third young man joined in the correspondence campaign. His name was Ernest Schieldge.

If those names sound unfamiliar to you it is because they all changed their names and became known in order as Len Vintus, Gene Gordon, and Don Rogers.

That trio became the nucleus of the fledgling I.B.M. Len Vintus took the Presidency and he became I.B.M. Member No. 1; Gene Gordon was Publicity Director with I.B.M. No. 2. Don Rogers became Editor of The Linking Ring, the Brotherhood’s official journal, and he became I.B.M. Member No. 3. Werner Dornfield, better known to magicians as “Dorny,” became involved and was given I.B.M. Membership No. 4, though he claimed to be the first official member since the others were all officers!

Membership grew rapidly. There was a clamoring for the formation of more local groups they called “Rings.” Gene Gordon established the first Ring in Rochester, New York. Additional Rings sprang up as members sought to meet and exchange ideas and interests in magic.

The objectives of the I.B.M. are simple. To organize individuals interested in the practice and promotion of the Art of Magic; to facilitate the exchange of magical ideas; and to promote harmony among those interested in magic.

The first fully elected President was the legendary W.W. Durbin, who won the election during the first I.B.M. Convention that was held in Durbin’s backyard in Kenton, Ohio, in 1926.

During that same Convention the International Brotherhood of Magicians was incorporated and a Constitution and By-Laws were created. Since that time, regular elections are held each year and a business meeting is called to report on the state of the organization.

Now ninety-one years after its birth, the I.B.M. continues to forge ahead in bringing magicians together from around the world in the interest of advancing the ethics of magic, and to oppose exposures, to encourage literature, to promote professionalism in magic, and to promote humane treatment of live animals and birds used in our Art.

Today, there are over 300 I.B.M Rings worldwide, boasting nearly 11,000 members. Those who have served the I.B.M. for twenty-five years are given the “Order of Merlin” award, and there are additional levels of recognition for thirty-five, fifty, and sixty years of continuous membership.

​Some of our members have served for sixty and seventy years and continue to remain active. Dr. John Booth held the record as our longest-standing member, having been a member for over eighty-one years!

​Through the years, those members whose dedication to magic has led them to the highest office have made contributions of time and talent that are immeasurable. All have felt honored and have continued to serve in various capacities. 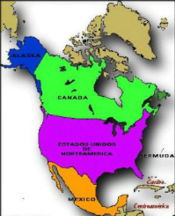 The Society of American Magicians, founded on May 10, 1902, in Martinka’s famous magic shop in New York City, New York, is the oldest and most prestigious magical society in the world.

For over a century it has promoted the ideals shared by Kellar, Houdini, Thurston and more than 47,000 others world-wide who have held membership in the society.

Those ideals include the elevation of the Art of Magic, the promotion of harmony among magicians, and the opposition of the unnecessary public exposure of magical effects.

The S.A.M. offers the opportunity to unite and associate with leaders in the World of Magic – not only professionals, but amateurs, manufacturers, magic dealers, book authors and magic collectors.

Through its monthly publications, annual conventions, and with almost 300 Assemblies throughout the world, the S.A.M. provides the necessary forum for the advancement of magic through discussions, lectures, research, performances, and exchange of magic secrets within the magic community.

To promote those endeavors the S.A.M. presents awards and fellowships in recognition of outstanding achievement in the Art of Magic.

If you have a serious interest in the Art of Magic then you, too, can follow in the footsteps of Harry Houdini, Harry Blackstone, Jr., Siegfried & Roy, Lance Burton and David Copperfield by joining the most prestigious magical organization in the world – The Society of American Magicians.

In June, 1917, Harry Houdini was elected National President of the S.A.M., a position he held until his untimely death on October 31, 1926.
Over 250 S.A.M. Assemblies have been established world wide.
​
“M-U-M” is the official publication of the S.A.M. The letters stand for “Magic – Unity – Might.”
The Society of Young Magicians (S.Y.M.) was established in July,1984. Nearly 100 S.Y.M. Assemblies have been established since that time.

​The official publication of the S.Y.M. is The “Magic SYMbol.”
In July 2002, the Society celebrated its Centennial Year in New York City.
​
Also in July of 2002, on the 3rd, the US Postal Services issued a Houdini Commemorative Stamp during the Centennial Celebration